Motormexico.com is the website owned by Mexico Insurance Intermediaries, Inc., an insurance agency specializing in insurance for Mexico, which was founded in 2003 by Alan and Esperanza Kohl. Mexico Insurance Intermediaries is a registered corporation in Arizona and licensed by the Arizona Department of Insurance.  Visit our contact page for complete links to verify our business standing.

Alan is a graduate of the University of Arizona, having attended university in Mexico City along the way. His primary fields of study were International Relations, Latin American Studies, International Business, and Spanish. He has post-graduate studies in Accounting, Marketing, Management, and Leadership.

Alan has a wide range of domestic and international insurance experience in product development and product management as well as sales and distribution of Property and Casualty insurance through both independent and captive agents.

From late 2000 until January 2004 Alan served as Regional Vice President for ACE, Ltd. – Latin America (Personal Lines, Commercial Auto) based in Santiago, Chile, and then VP – International for ACE- Consumer Solutions (Personal Lines, Commercial Auto), based in Tampa, Florida. ACE, Ltd. is a multi-national insurer doing business in 53 countries worldwide. While with ACE-Latin America he partnered with International Insurance Group (IIG) in developing the ACE Tourist Auto and Watercraft Liability programs and in 2010 again partnered with IIG and ACE to develop the Mexico Homeowners/Condo programs, all of which are offered on motormexico.com.

In 2016 ACE, LTD. acquired U.S. insurance company Chubb. Because of greater brand recognition of the Chubb name, the new merged ACE, LTD.-Chubb company adopted the Chubb name and is no longer known as ACE. Mexico policies for this company are identified as ABA Seguros/Chubb.

From 1995 – late 2000 he was a Vice President for Prudential Property Casualty with responsibility for managing a multi-state independent insurance agency operation and a 100 seat inbound sales call center.

From 1994-1995 he was employed by Lovitt & Touché, Inc., the largest independent insurance agency in the state of Arizona with responsibility for three profit centers (Mexico-U.S. Cross Border, Small Business, Personal Lines).

From 1990 – 1994 he was Assistant Regional Manager for American International Group based in Mexico, and then promoted to Regional Manager, Caribbean Basin and Central America, based in Hato Rey, Puerto Rico. AIG is a multi-national insurer doing business in 130 countries around the world.

From 1967 to 1990 he was employed by The Travelers in various Field and Home Office positions across the U.S., beginning as a trainee and moving up to the #2 Officer in charge of Personal Lines in 12 western states. He also had substantial Commercial Lines experience with Travelers. 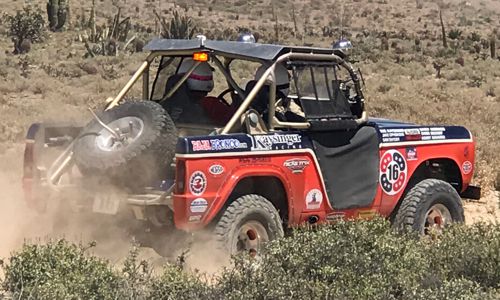 With this career work experience and education, in 2003 Alan decided to form his own company, Mexico Insurance Intermediaries, Inc., where he could put his business experience to good use for others who share his passion for Mexico. He has visited 26 of Mexico’s 31 states, plus the Distrito Federal, and has lived in Mexico on two occasions. He has also traveled extensively throughout South and Central America.


GET AN ANONYMOUS QUOTE FROM 5 DIFFERENT INSURANCE COMPANIES

Get an Anonymous Quote

Get a Watercraft Insurance Quote

Why Buy from Us?